TekSavvy is an independent Canadian Internet Service Provider. In August of 2012, they rolled out an ad campaign featuring a slate of fictional characters as the face of the company. Unfortunately, several of these characters draw heavily on sexist or racist stereotypes. 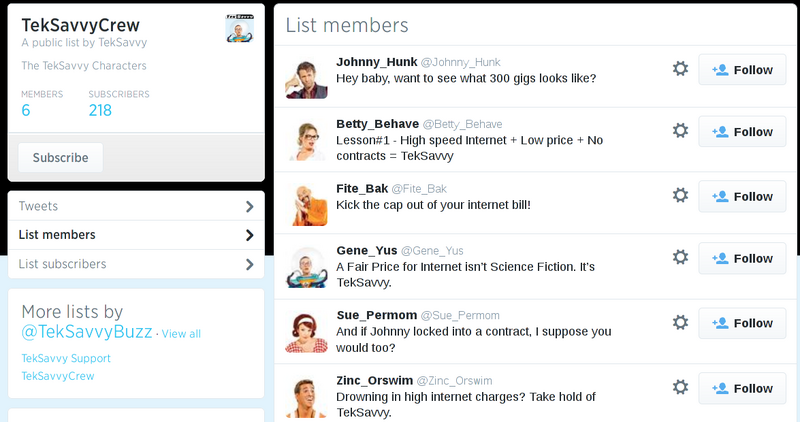 Retrieved from "https://geekfeminism.wikia.org/wiki/TekSavvy_Characters_ad_campaign?oldid=27034"
Community content is available under CC-BY-SA unless otherwise noted.